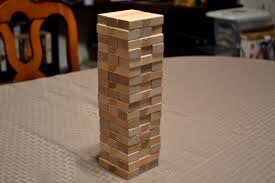 The Word of God is perfect. It has stood strong in the hearts and minds of those that have chosen to follow, and never has forsaken anyone who has stayed true to it.  It grows with man, and helps man to grow; its dynamic and never needed modification, and addendum, nor required assistance in being what it is… The Word of God. It has been retranslated into many forms for clarity by man, yet its core still holds true each and every day, yet man has NOT truly believed this. man has looked at Gods Word as dated, uninteresting, difficult to control, yet ironically, a resource OF CONTROL when it comes to the people.

Now, as the Enemy has further infiltrated the House of God through the injection of non-believers posing as ‘preachers, ministers, pastors, bishops, and other forms of ministral authority’, Gods Word has been further bastardized and picked apart, creating a cacophony of confusion and legions of followers pack the churches to get an incomplete message that caters to ther desires of wealth, fame and power. They support the fallacy, even to the point of defending it; they do not question the unrelated material placed before them, because they are bred to believe that this person before them was ‘called to lead’, yet they never ask where this person was called to lead them to; there is a GREAT DIFFERNCE. 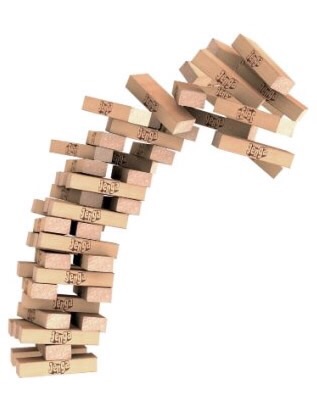 In the game of Jenga, the players first start off with a complete tower. It stands strong because all the pieces work together to keep it sturdy. The object is to pick pieces from different areas of the tower and place them on top, eventually creating a tower that is unsteady until one pulls a piece and makes it topple… Then the game is over.

In ‘Jenga ministry’ the concept is the same, except the pieces are only removed and never replaced. The tower doesn’t grow, it only becomes completely unsteady, until it topples. It topples in the minds of those that are taught that The Word of God in its current form isn’t good enough. It topples when the people are lead to believe that God needs ANYTHING from them,especially money. It topples when the teachings of Christ are distorted in order to gain a quantity of blind followers who see God as a resource to be extorted, NOT a source of life. It topples when these non-believers arrogantly state that my title makes me right, and the people agree, and these people are then sent out into a war where they are ill-equipped to fight because they have given dull and broken weapons, rusted and I’ll-fitting armor, and have no idea that the enemy is the one who they THINK is their friend, as the true Enemy inducts legions to its cause, and are trained thoroughly for the war ahead. It topples when the media makes folly of the ministry through foolish ‘reality shows‘ which have NOTHING TO DO WITH GOD NOR THE REALITY OF WHAT GOD REPRESENTS. It topples because Gods Word is stripped of life in the hearts of the people and is reduced to a book of chronological and historical accounts that hold no value to anyone.

This is what is accepted. So many men and women go out of their way to try and prove that Christ didn’t know what He was talking about and that God is not needed each and every moment of your life… Only when the rent is due, or they need a man or woman or a job, or money, or that the commandments of God don’t apply because the governing body says so, or when it is acceptable to the masses; we conveniently forget that what we accept doesn’t make it acceptable.

So what do we do? As a people, it is obvious that we care less and less of it until it finally goes down the drain and all that is done is undone. As a person, we MUST pray and seek God for a way out of the bondages that we place ourselves in; we seek understanding from God and not ourselves nor others, we realize that there is a war that in spite of our BEST EFFORTS (meaning those efforts that only involve US), we are not ready to engage. We finally trust Gods Word in its entirety. We stop playing Jenga with It and know that It is what is best and needed in AND for our lives.

Some time ago, I sought God’s counsel on the scripture, ‘Try the Spirits and see if they be of God…’ in order to clarify WHY this is important. The answer I received was, ‘because the enemy doesn’t mind you thanking God for what it has wrought in your life, especially when you can’t see the the writing on the wall.’ What does that mean? Does that mean that what I think is good and of God based on what I want? Is it gauged on my desires? Is God’s goodness measured and limited to my mind and the things outside of myself that I run after each day?

Remembering that NOTHING that God gives you can EVER be taken away by ANYONE at ANYTIME hints to the answer. I watch people get awards from man and thank God for them… only to have them stripped once man decides that they no longer want them to have it anymore because of an issue or situation; are they still thankful for the award? Was it EVER TRULY THERES? Man has NEVER given ANYONE ANYTHING… its only rented or leased… money, power, materials, love, respect, trust, so called freedom, all that we strive to get from others is borrowed or loaned out. It is the illusion of man’s ability to be more than his nature will allow. Man doesn’t understand ‘living’; man only understands profiting.

So the answer to me is this: if it is of God, it is forever.